Warung Fiksi (or Wufi) is a professional team of creative writers based in Surabaya, Indonesia. It offers ghostwriting, copywriting, and scriptwriting services, as well as translating, editing, digital or physical publishing, and web creating solutions. Please visit our homepage to see detailed services.

The blog was founded in 2007 by Brahmanto Anindito, Moch. Asrori, Ihsan Maulana, and Rie Yanti. But since 2008 when Warung Fiksi started to handle professional writings, it’s owned and managed by Brahm and Rie. 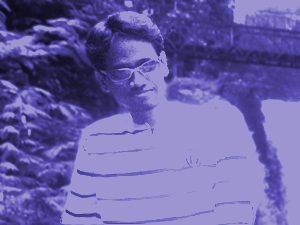 Brahmanto Anindito is a Communication Studies scholar from Airlangga University. His articles and works of fiction have been published in media outlets that include Intisari, Hai, Cinemags, Mossaik, Nurul Hayat, Clea, Jawa Pos, Republika, Surya, Bangka Pos, Padang Ekspres, Radar Bojonegoro, etc. Brahm has also published books, including Semanyun Senyuman Mahasiswa (Lulu), Pemuja Oksigen (Jaring Pena), Satin Merah (GagasMedia), Rahasia Sunyi (GagasMedia), Tiga Sandera Terakhir (Noura Books), as well as the game Revival of Queen Leyak (DEVGRU-P). In 2002, he won first place in the Scientific Writing Competition for university students held by Atma Jaya Catholic University, Jakarta. In 2003, the Korean Embassy and Indonesian National Education Service picked him as the third-place winner of the Essay Writing Competition about Korea. In 2009, Kompas chose him as the first-place winner of the #IndonesiaUnite Blogger Competition. In 2012, Deutsche Welle invited and fully funded him to go to the DW Global Media Forum in Bonn, Germany, as a blogger. Brahm was previously a journalist for a lifestyle magazine, an editor for a business magazine, and a copywriter for an integrated marketing communication company. 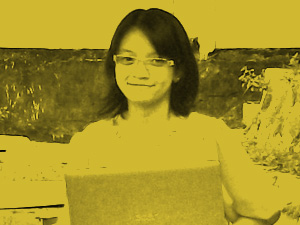 Rie Yanti has a bachelor’s degree from Padjadjaran University in French Literature Studies. She has been writing since her childhood and has produced both short stories and poetry. Rie loves writing about animals and small things that happen in her life. She has published three books, Satin Merah (GagasMedia 2010), Bukan Manusia (Lulu 2011), and game Precious Time (Nusa Project 2017).

Warung Fiksi now has more writers to handle the growing need for texts in this industry. Its clients don’t only come from Surabaya, but also from many other cities in Indonesia, as well as from Singapore, Malaysia, Australia, and the U.S.

In Warung Fiksi, we all believes everything begins with the texts. So the words first, then everything you can imagine.

WarungFiksi.net a.k.a. WufiNet shares things about Indonesian culture, nature, and creatures. Why Indonesia? Because, first, the writers are Indonesians. And second, there are literally tons of stories that can be dug out of Indonesia. For instance…

Sometimes, Wufi also analyzes Indonesian fiction, trends, and topics related to the motivation of writing. For the rest, please explore this blog yourself. Make yourself at home.

And if you have question or feedback, don’t hesitate to write it down on the comment box.