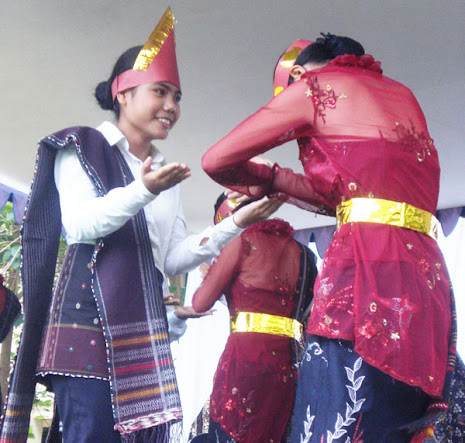 I thought it’s been long time since I didn’t hear that Malaysia claims Indonesian things as its own again. But few days ago, I had to hear such news again, that our neighbor has decided to acknowledge Tor Tor dance and Paluan Gondang Sambilan musical instrument from North Sumatra as its own national heritage.

Why does this happen again? Whose fault it is? Malaysia who is too provocative but used to be orderly in archiving its cultural heritages? Indonesia who is rich of cultures but don’t have the systematic habit to formalize its own?

I choose to blame no one. But admit it, this is our weakness, Indonesian people. We think that we know our cultures, but in fact we have no idea. From 230 million of Indonesia citizens, how many people recognize Tor Tor dance?

So, I come up with a simple idea: how if we now look this dance closer? Let’s fly to the Batak land to meet the real, native Tor Tor dance.

Did you know, the word “Tor Tor” is derived from the pounding sound of the dancers foot on board of Batak traditional house. The dancers move on a rhythmic gondang that usually amounted to nine. Gondang (some say gordang) instrument itself perform such a stomping music.

Sometime, there are also trumpet hobo, flute, and a chanter called Maronang Onang. He sing the poems about histories, prayers, or blessings, depends of the event. While for the costume, Tor Tor dancers wear Batak traditional tissue: ulos.

Tor Tor dance was previously used in ritual associated with spirits. The spirits are summoned and enter the stone statue, then the statue moves like dancing in stiff movement. It just moves the feet and hands like that, as the Tor Tor dancers’ movement.

Beside those three, Tor Tor dance is also held in religion ritual to pray for God. It’s still practiced by those who follow the ancient belief. They hope God always bless them and as a gratitude for the big harvest.

That’s what I know about Tor Tor dance. You might know better. Share to us, please. [Photo by Hera Khaerani, Unpad.ac.id]