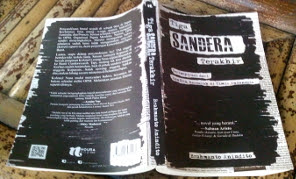 Indonesia is in tumult due to a brutal hostage-taking. Five tourists from France, Indonesia and Australia are captured. As it occurs in Papua, the forefingers suddenly point to OPM, a militant organization of West Papua liberation. But surprisingly, OPM denies that. They say, “It’s not us! Taking of hostages won’t bring any good for OPM’s image. Why would we do that?”

So the question is, if not OPM, then who is the mastermind of this uproar? The Indonesian Army is not eager to riddle. The Chief in Jakarta responds this quickly by sending an Anti-Terror Unit of Kopassus, under the command of Colonel Larung Nusa.

Unfortunately, bad things then happen. Not only one hostage is killed, two Kopassus soldiers are also down in the middle of Papuan rain forest. The nature of Papua is harder and more unfriendly than Colonel Nusa imagined. On the other side, Colonel has started to realize that the group he deals with is not just the OPM militias. They could be a special forces like himsef. A special forces of OPM.

Tiga Sandera Terakhir is the fifth book of Brahmanto Anindito, an Indonesian thriller novelist. Though inspired by an actual tragedy happened in Papua (formerly Irian Jaya), this novel is fictitious. The plot and the characters are unreal as well.

“This could be the first and the brave novel for using military domain as its background. The author must be a military lover or did persistent researches, so he could depict the atmosphere thoroughly. The dialogs too, they don’t sound fictitious.”

“The story reminds me of a sequence of scary events during Acehnese conflict. But the description in Tiga Sandera Terakhir is more vivid. Not just revealing the tense of hostage tragedy, but also the historical facts, social wisdoms, and insights on the land of West Papua.”

“This is a bold novel. Not because the issue is about Eastern Indonesia and its conflicts. But Tiga Sandera Terakhir makes me face such problem boldly, not just turn away and left it under my middle-class comfortable carpet. Hopefully, this is the beginning of our bravery to acknowledge one simple thing: we are not okay, but we are willing to make it up together.”

“Brahmanto has succeeded in bringing the conflict and his humanistic views. Good novel. Very detailed. I highly recommended it.”

“Through this novel, we can see what happens in Papua from a different angle. We will ponder over the meaning of state, nationalism, and power. Which one is more important than human being and humanity?”

– Okky Madasari
Novelist of Entrok, Maryam, and Pasung Jiwa, the winner of The 2012 Kathulitiwa Literary Awards

“The novel is oppressed by the exciting actions in Papuan jungle. Kopassus, OPM, the ghost unit, the separatists. There is no domination. There is no oppression. There is only equal battle!”

“The depiction of weapons and military activities are so detailed. I appreciate Brahmanto as he dares to write a military-based story. Because that means, he must conduct a long period of research. I didn’t see many novelists bothered like him. At the end, this is a fine novel for my collection.”

– Mochamad Yusuf
Public speaker and author of IT books

“How the author mix the facts and the fiction is admirable. Some of them make us sad. Some of them drag us into a ‘full action’ situation!”

“As a mother, I should not be hooked with this kind of novel. But somehow, in Brahmanto’s hands, a genre I avoided seems to be fascinating and has an explosive power of imagination. You must read this novel!”

“The author still comes with his peculiar style: adventure, thriller, and strong masculinity. This time, all those elements are mixed with history and military things. Yet, the whole story is served in common, easy language.”