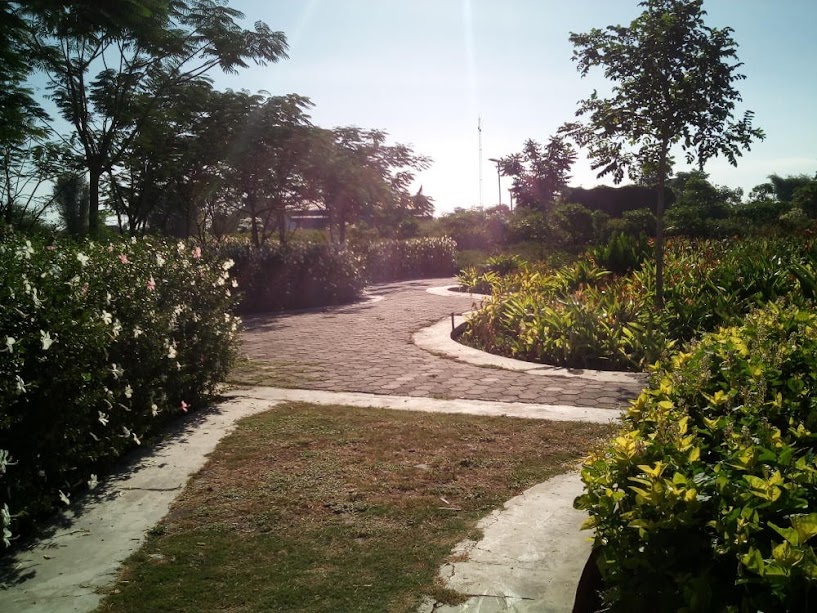 Finally, one of my dreams comes true! I really wanted to go to a flower field, before. Everywhere, flowers grow in various colors and smells. Then, I just run, walk, or dance between, regardless of worms and snakes that might show up. It seems stupid, childish, or whatever. But… yeah, here I am! 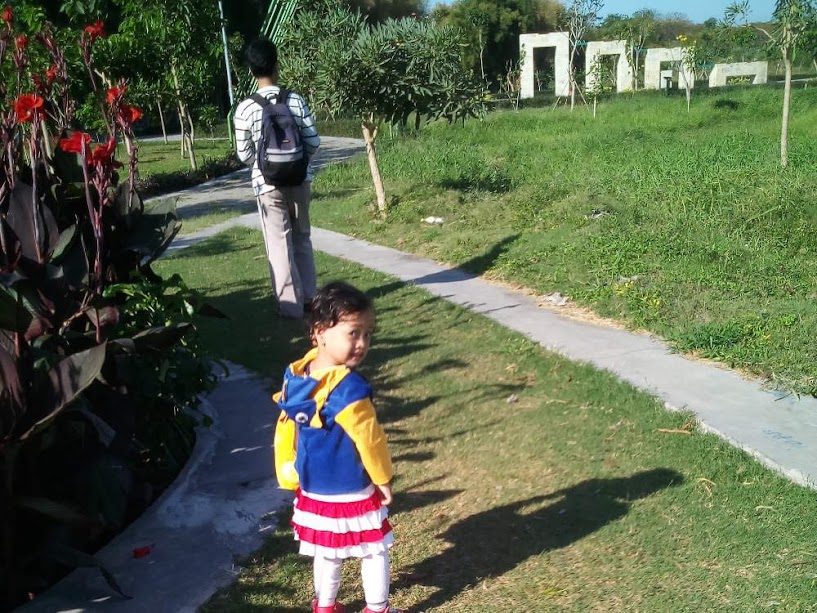 I feel so lucky living in Surabaya, which has about 70 well-maintained parks. One of them is Taman Harmoni (Harmoni Park), or Taman Sakura. It’s located side-by-side Keputih Terminal, Surabaya, East Java. This park is really a heaven of flowers. 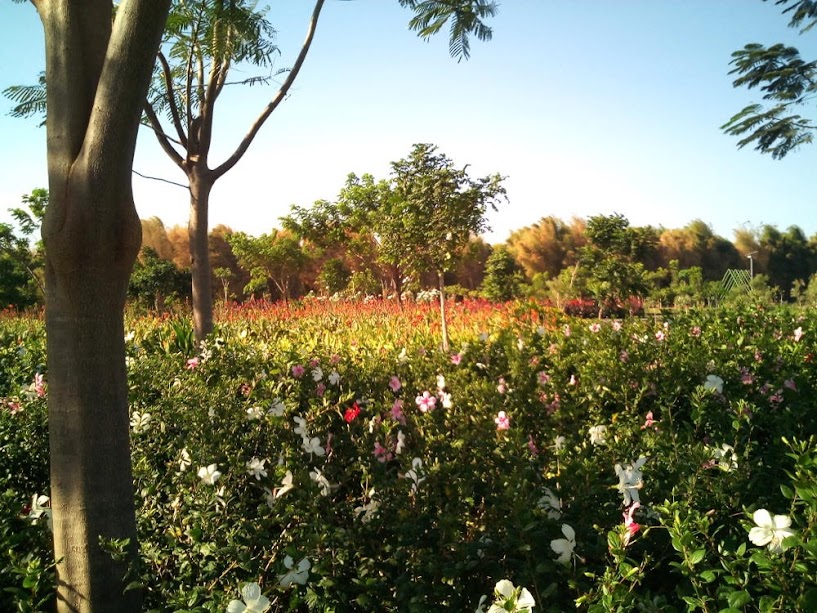 Taman Harmoni lays on 5.6 hectares area, and will be expanded to 50 hectares. Then, it will be the greatest flower park in the world! 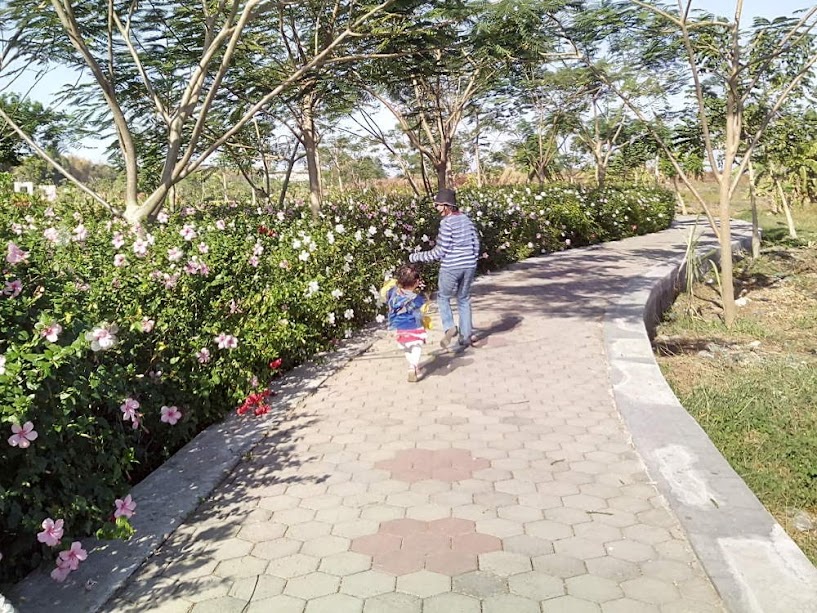 Have you ever visited Taman Harmoni in Surabaya, by the way? Trust me, it’s very beautiful. For your eyes only! Not for your nose. 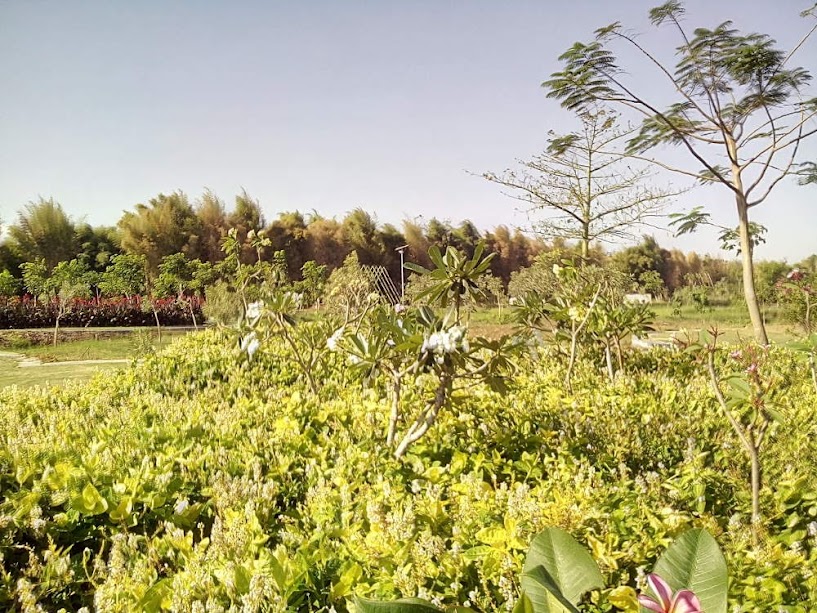 I mean, did you know that until 2005, Taman Harmoni was a landfill site of garbages. Don’t be surprised if you could still smell something scorched here. Some says, it’s methane gas produced by the former garbages. 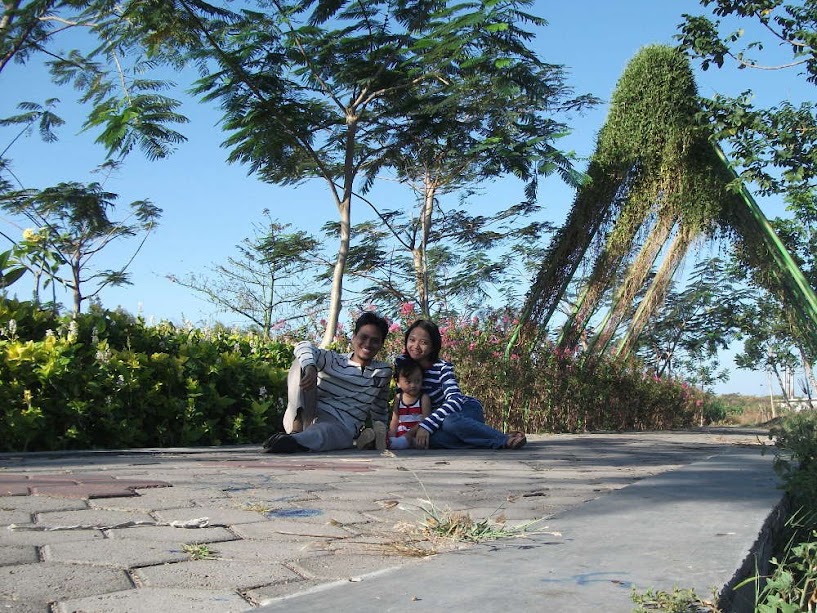 But don’t worry, it’s not that bad. It won’t bother you that much. Besides, sooner or later, mother nature will purify the air around Taman Harmoni. 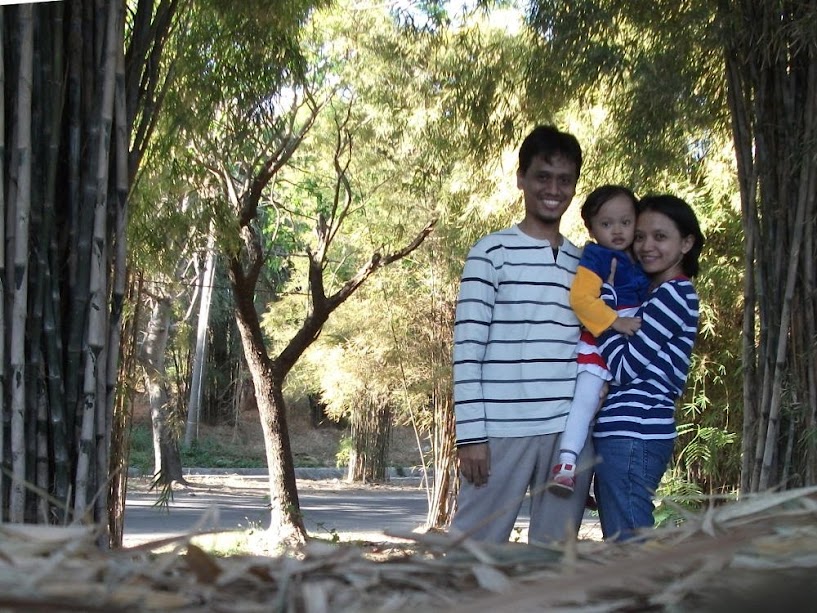 Let’s have some fun, instead! Just bring some food and camera, then enjoy the view. So far, there are 70 species of plant, 38 species of tree, and 32 species of clump. Here, every of them has to bloom! Some plants are local, and some are international (imported), such as sakura, japanese jasmine, white pagoda, and some European plants too. 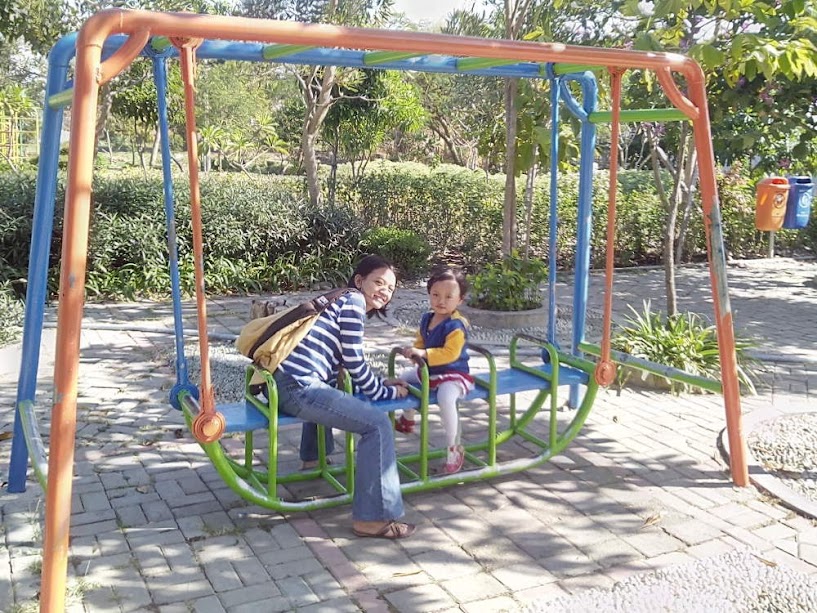 There is a bamboo forest too in Taman Harmoni, which I think exotic enough to be a venue of a movie or a pre-wedding photo shoot. There are also playgrounds for children, jogging track, prayer room for muslims, toilets, and food stalls. So, you can literally spend a whole day in Taman Harmoni. 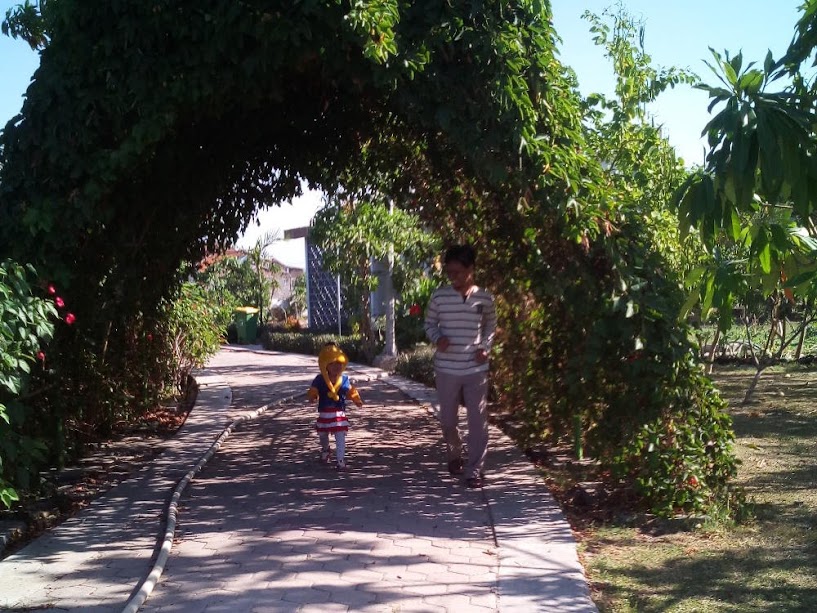 However, as visitor, you are always expected to have a sense of belonging. It means:

Taman Harmoni has been built since 2012. It’s not easy to conjure up a landfill of garbages into a gorgeous, world-class flower park. Local Government of Surabaya has worked so hard and spent billion rupiahs to make that happen for you. Free for us, no entry fee. So, don’t mess up! 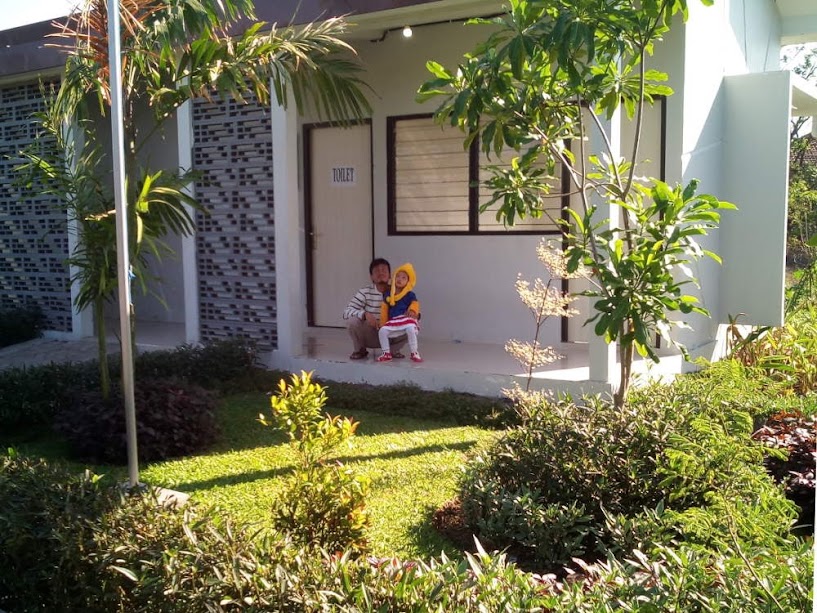 [Photos by Rie and Brahm]

One Reply to “Taman Harmoni, The Heaven of Flowers”