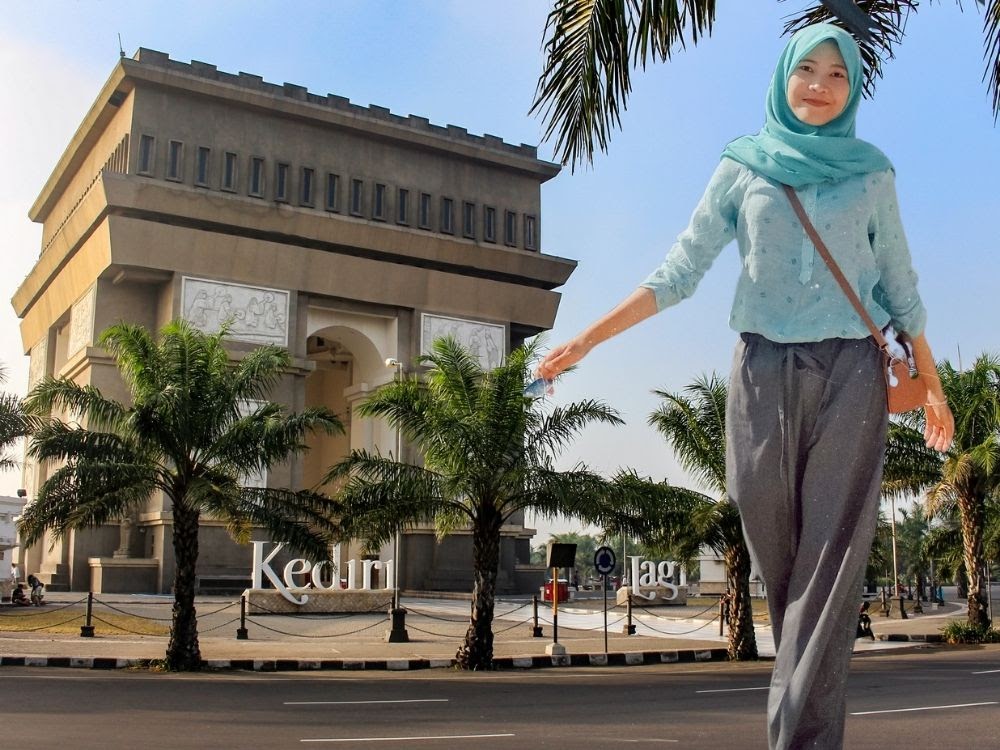 About 15,000 kilometers away from the Arc de Triomphe, Paris, I met its “twin” in Indonesia. The building is also located at the five-way intersection, which lead us to Pare, Kediri City, Plosoklaten, Wates (Pesantren), and Menang. It’s called Simpang Lima Gumul, in Ngasem Subdistrict, just half an hour land trip from Kampung Inggris in Pare.

I bet neither of Napoleon Bonaparte, Jean Chalgrin, nor Jean-Nicolas Huyot would predict the “twin” of their building: Simpang Lima Gumul.

At a glance, Simpang Lima Gumul looks similar to L’Arc de Triomphe. But take it closer, you’ll see the engraving on the wall depicting Indonesian countryside, farmers, agriculture, and other.

On all four sides of the monument there are statues of Ganesha, the symbol of Kediri. Meanwhile, Simpang Lima Gumul is 804 square meters, 25 meters high, and propped by the three ladders. You know what, it shows exactly the anniversary of Kediri Regency: March 25th, 804.

Brief, “Arc de Triomphe” in Paris… err, I mean Pare, is not to be missed. If you wish to travel to Paris or just miss Paris, you should visit Simpang Lima Gumul. And I suggest you to come during the sunset. So you can enjoy the nuance while seeing les étoiles (the stars) in the sky.

Warungfiksi.net is open for guest authors to participate. Submit your articles about content marketing, branding, marketing, SEO, writing, and editing.

4 thoughts on “Simpang Lima Gumul, the Real Paris of Java”