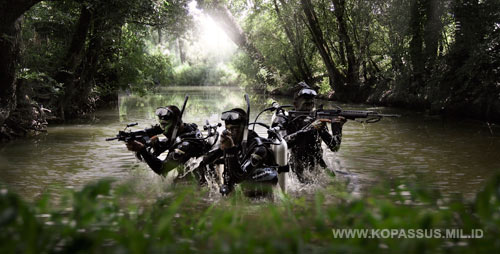 That’s the motto of Kopassus or Komando Pasukan Khusus. This Red Berets unit is an Indonesian Army Special Forces that conducts particular operational missions for the Government, such as direct action, unconventional combat, sabotage, counter-insurgency, counter-terrorism, and intelligence gathering.

Let’s back a while to July 1950, when the RMS (Republic of South Mollucas) became unreasonable and did some serious rebellion. To response it, the highest commander of ABRI or TNI (Armed Forces of the Republic of Indonesia) set up the troops. ABRI’s Army won that battle. But with many casualties.

It’s sad to know how the enemies with smaller number of troops were often troublesome to official trained troops. Besides, this didn’t happen just once or twice.

This bitter statistic then inspired Lt. Col. Slamet Riyadi to form a special military unit for specific missions. Through the ABRI Commander, on April 16, 1952, Indonesia organized the Corps of Territory Command III. That group is the forerunner of the Red Berets we see today. 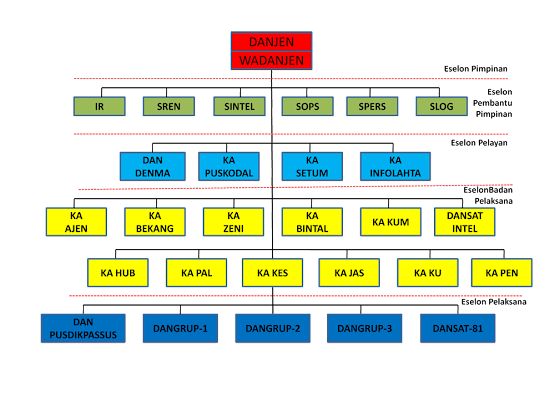 During the history, this special forces quickly made their mark by leading some government’s campaigns: putting down regional rebellions in the late 1950s, the Western Papua campaign in 1961-1962, the confrontation with Malaysia from 1962–1966, the battle against communists in 1965, the East Timor invasion in 1975, and the following campaigns against separatists throughout Indonesia.

How many members are in Kopassus? In 1992, they consisted of 2,500 well selected troops. The Red Beret Corps were divided into two groups and one group of operations training. However, in the late 1990s, Kopassus increased the number of members to 7,000 well trained persons.

According to the Discovery Channel broadcasted in 2008, Kopassus was the Top Three among the best Special Forces in the world, where the first best was SAS (UK) and the second was Mossad (Israel). According to the assessment team, a great special forces has to be perfect in individual skills such as self-defense, survival, camouflage, strategy, endurance, guerilla, and so on.

Some success stories I remember of Kopassus are the operation against Woyla Garuda Airlines’ hijackers in 1981 in Bangkok Airport (Thailand), the infiltration operations into Malaysia that outsmarted Gurkha troops of the British SAS, the redemption of 14 hostages who were international and national researchers in Mapenduma (Papua) deep forest in 1996. Don’t forget, Kopassus also:

What a shining special forces!

Unfortunately, there is not-so-bright side of Kopassus as well. They are alleged by external media and human rights-affiliated NGOs to violate the human rights in East Timor, Aceh, Papua, and even Jakarta.

I come to a thought that, however, dealing with the separatists and terrorists is indeed a kind of dilemma. Maybe it’s like dealing with your naughty little brothers. When you play soft, they’ll disrespect you, they’ll act as you don’t exist. But when you’re play hard, they’ll cry out and soon people around you blame yourself. So, I think this is Kopassus’ biggest homework. [photos from kopassus.mil.id]

2 thoughts on “Kopassus: Better to Come Home just in Names than to Fail in Duty”