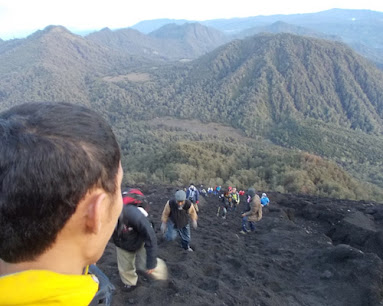 In case that you haven’t known yet, Mount Semeru is a volcano located in Lumajang and Malang Regency, East Java Province. This is the highest mountain in Java Island with altitude of 3,676 meters above sea level (masl). Semeru is the fourth top mountain in Indonesia, after Cartenzs Pyramid in Papua (4,884 masl), Mount Mount Kerinci in Jambi (3,805 masl), and Mount Rinjani in Lombok (3,726 masl).

Mount Semeru is a trending topic for the moment, since a movie titled 5 cm is booming in Indonesia. It’s an adaptation of a novel with same title. The story is about a bunch of youngsters who decided to climb the summit of the mountain, Mahameru. As we could guess, that successful fiction then drove a lot of people to do the same.

Hence, Mount Semeru was full of climbers, be they’re skilled hikers or just ordinary tourists. It seems like everybody wanted to celebrate a new year on Mahameru. Yanuar Firdaus (videographer), Arif Pratama (programmer), Miftachul Chandra (designer), and Erwan Wahyudi (designer) were among them. And this is their brief note. 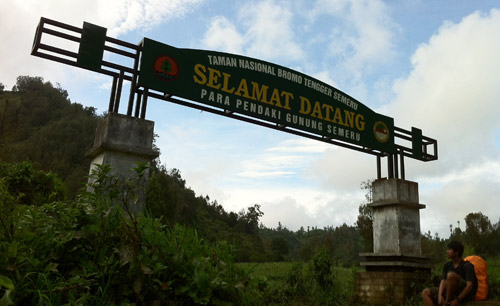 The first step to conquer Mahameru is always here: Ranu Pani, Malang Regency, East Java. This is where you’ll have a license to climb. 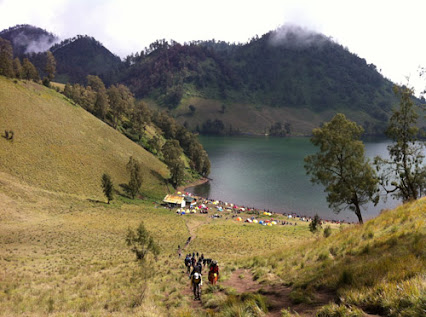 From Ranu Pani, you can continue the trip to this lake for about half a day. Here, the climbers set up the camps, to get some sleep and rest, especially in the night. Lake Ranu Kumbolo is clean and beautiful. It gets even more beautiful when the sun rises.

“With the fresh air, calm and clean lake water, beautiful view of sunrise, you’ll get the new spirit to continue the journey,” Erwan told. 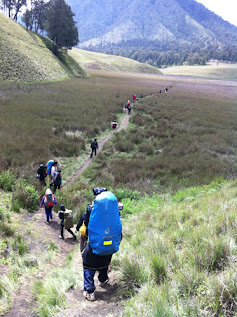 Walk through a meadow called Oro-oro Ombo, you’ll reach Cemoro Kandang (a casuarina forest). Then, you can rest at Kali Mati. Set up a tent here. Light up the bonfire, if you’d like to.

This is the last vegetation area in Mount Semeru. After this area, all you can see is sandy dunes. You will still need 3-4 hours of footwork to get to the peak of Mount Semeru.

“The steps to the summit is heaviest of all posts,” Arif Pratama warned. “The deserts were steep and slippery. You better put all the luggage in Arcopodo. So you can finish this lap easier.” 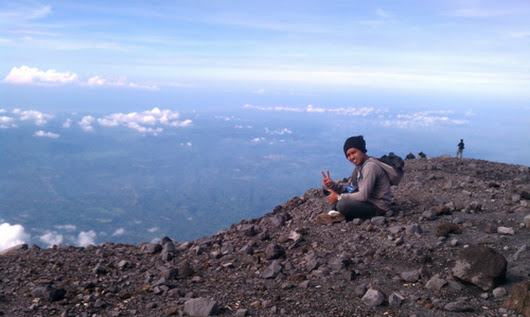 The temperature here was about 4-10 degrees Celsius. Mahameru serves you the sunrise view more stunning than Ranu Kumbolo. Luckily, the fog couldn’t block the view. However, “Don’t be careless. In the south side of Mahameru, there is poisonous gas and lava flows from the Jonggring Saloko crater. It spurt every 10 minutes,” told Arif.

Seriously, it’s dangerous. There were some people died due to this gas. One of them is the famous Indonesian activist, Soe Hok Gie, in 1969.

Mission to be the highest men in Java accomplished, they went down. As usual, returning trip is always shorter than departing trip.

“We climbed Semeru around a new year,” Chandra added. “It was holiday season and very crowded. Additionally, it was rainy season too. It rained everyday, made the climbing even more difficult. So, my best advice to climb Mount Semeru is during the workdays and in dry season, which is between June and September.”