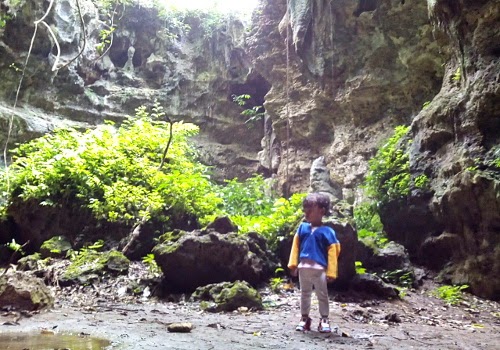 This is the main reason I traveled to Blora, Central Java, a few weeks ago. On the Internet, Wana Wisata Goa Terawang looks so beautiful and attractive. Its roof is perforated, so the air circulates well inside. The sun falls directly. That’s why, we called it terawang (transparent). END_OF_DOCUMENT_TOKEN_TO_BE_REPLACED

View from the ferry around Seram Island, Maluku

“In Indonesia, the east side sparkles brighter.” When my sister told me that, I did not believe it. Not at all. I needed more than five years to see it with my own eyes. That happened when my father ordered me to accompany my nephew back to Ambon, Maluku Province. This is my quick note about that journey. END_OF_DOCUMENT_TOKEN_TO_BE_REPLACED 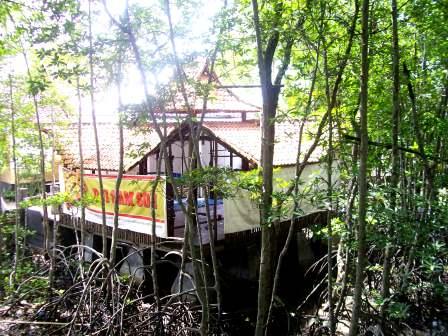 Madurasa is located deeper in the forest, but its easy to find

About one kilometer to the west from Bangkalan city, East Java province, a food stall stands on the edge of the shore. It is Madurasa. This stall is located near the mangrove forest spread out along the west side of Madura island. Following the instinct to eat, I visited here. Soon, the ambiance of mountain range and shore welcomed me. END_OF_DOCUMENT_TOKEN_TO_BE_REPLACED

END_OF_DOCUMENT_TOKEN_TO_BE_REPLACED 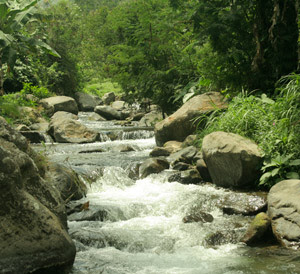 Let’s take another trip to waterfall. This time is a cluster of waterfalls located in the slope of Mount Lawu, Tawangmangu District, Karanganyar Regency, around 27 kilometers east of Karanganyar City, Central Java Province. The waterfall is part of the Grojogan Sewu National Park. A mix of tourism forest and waterfall, it is a 20 acres forest managed by Natural Resources Conservation Board (KSDA) of Bogor.

At hand, we parked near a stream lies on front side area of the main waterfall. That stream, it was worth seeing, believe me. I even tasted its fresh water a little bit. Then, we went to the entrance of Grojogan Sewu. Still, we cannot see the waterfall there. You had to take a walking tour. It cost 8,000 IDR per person.

There were shelters and benches for taking short breaks along the way to the waterfall. If you are keen enough, you will find some good spots for photo shoots. After a long but fun course, we finally saw the big waterfall from a distance. It is 81 meters high waterfall. Anyway, Grojogan Sewu means a thousand of waterfalls. It’s just a name, don’t take it too serious. If you count them, it will be far from a thousand. 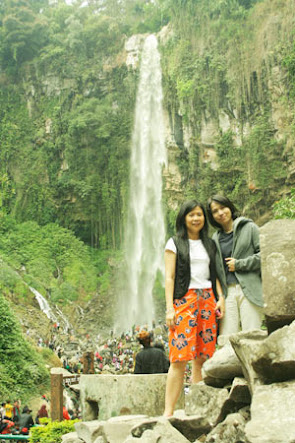 Some tourists took pictures in front of the waterfall. We did too. I then realized that it is a favorite spot for picture taking, although the view of the waterfall cannot be recorded as beautifully as if taken closely. But don’t even think to bring your camera close the waterfall, unless it is water resistant.

Shortly after, we approached the waterfall. Splashing water made our clothes and belongings immediately damp. So better you remember to bring extra clothes when you go to any waterfall. Anyway, my friends and I kept moving toward the center of the waterfall to feel the sensation under the huge waterfall.

The water was so heavy and fresh. You are even free to scream as loud as you want. The sound of the waterfall will muffle anything. It was such a freedom. One thing that I did not think of at that time is what will happen if there were stones falling from above 🙂

Written by Ineke Trimulyani, a copywriter in SAM Design. You may like her other articles: